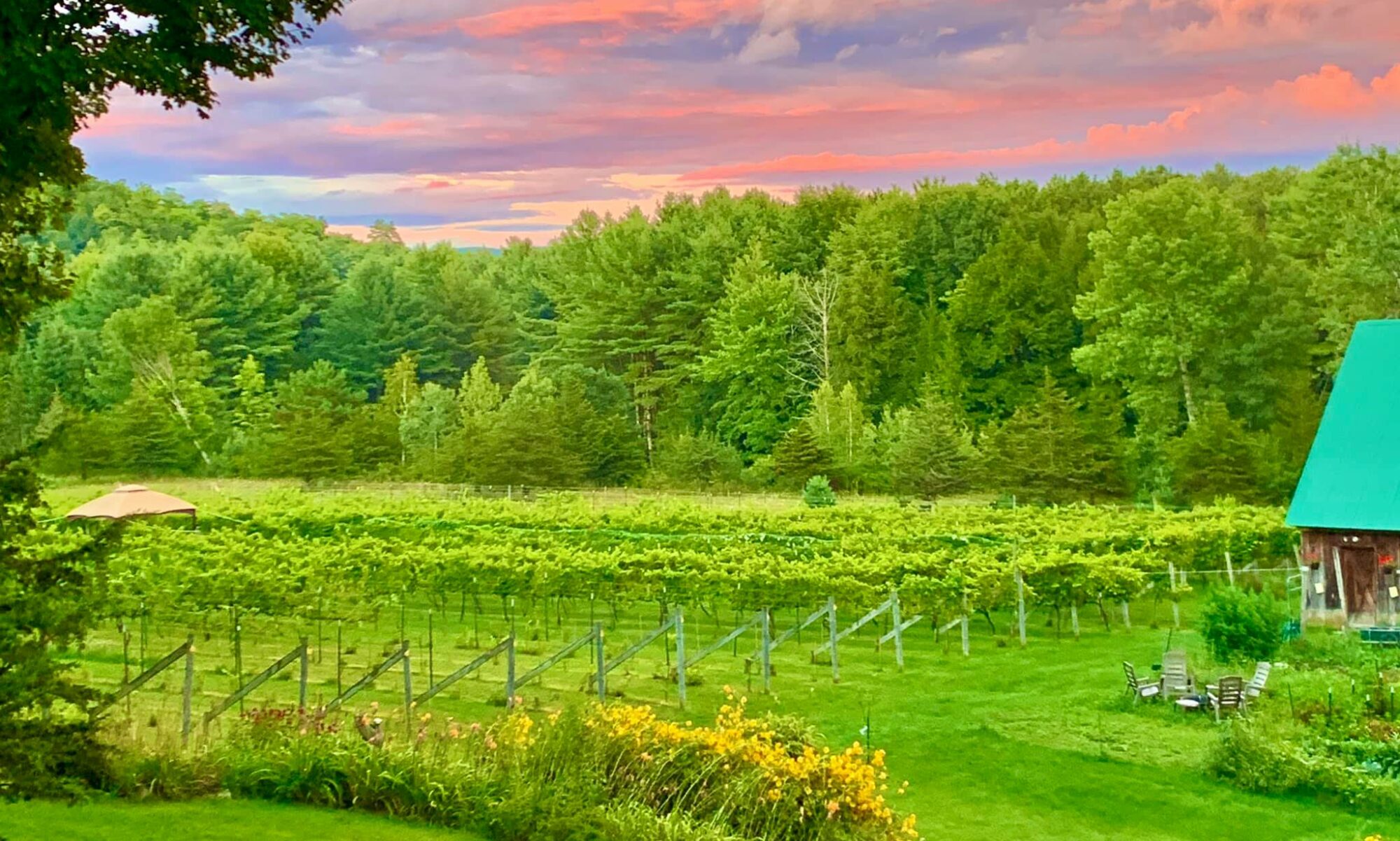 The farm has been producing lamb, wool, beef, pork, poultry and pure Vermont maple syrup and maple confections since 1987 as naturally as possible. The farm operations were expanded in 2000 to include a new, timber frame sugarhouse, and again in 2005 with the addition of the Butler Island parcel to its present size of a total of 77 acres between the two parcels. In 2007 the decision was made to scale back the livestock operation and add agricultural crops. The two vineyards were added to the farm operation in 2007. The winery received licensing in early 2009, and released it’s first wines for sale in early 2010.

Grape varietals grown in the vineyards include cold-hardy northern varietals such as LaCrescent, Swenson White, and Marquette, as well as a few of the tender varietals such as Vidal Blanc, Marchel Foch, and Traminette. Each year more varietals are added to each vineyard. Due to it’s close proximity to Lake Champlain, Sugarbush Vineyard, located in Colchester, has a slightly extended growing season. Butler Island Vineyard, which is surrounded entirely by water, has a unique micro climate and soil profile. Also farming this unique micro climate is made complicated because it is boat accessible only.